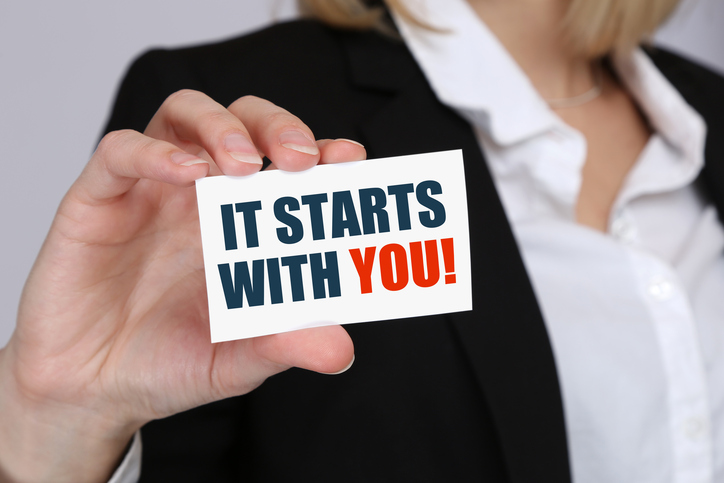 Why is it that women are still under-represented at senior levels in organisations?  Is it because women fear leadership and the responsibility?

Recently I was coaching a female General Manager, who has the ambition to continue to grow in her career.  As we discussed her situation, it was clear to me that she had arranged her life so that she could take on the challenges of her demanding role.  She had got to where she was in her career because she was willing to work long hours to fix urgent problems.  She did this around the needs of her family, where she and husband shared responsibilities.

Hard work, capability and commitment were not going to hold her back.

I think she is fairly typical of many of the female managers I work with, so will use her situation as an example. Let’s call her Sue.

Sue is definitely qualified to do the job she is doing.  She has a history in the industry she works in and is skilled in both the technical and the leadership capabilities of the role.  Yet, when we did the discovery (get to know you) session, she expressed a fear that she is a ‘fraud’.  Why? because she hadn’t gone to university and got an appropriate degree.  What she had done, was start at the bottom in her industry and learnt on the job, attending various specific training programmes and gaining qualifications relevant to her role as she progressed.

Those appointing her to her current role clearly believed that she could do it and now they had invested further in her to develop her to a more senior leadership role.  Why did she think that her credentials were not good enough?

Is this a peculiarly female trait?  Recruitment companies have researched who applies for what jobs and found that typically a woman will only apply for a job if she already fulfils at least 90% of what they are looking for; whereas a man will apply even if he only fulfils 10% of the criteria.  Is it that men have more bravado or is their self-belief significantly greater than women’s?

I have coached men who worry about ‘being found out’ as an imposter and this fear is fairly widely found among CEO’s and top leaders.  However, I have generally found that men are able to channel this fear in a healthy way to ensure they stay on their toes and put in the effort needed to reach quality decisions.  Whereas for women, this fear can cause them to freeze and hold back.  When women fear leadership, their coaching need is to address this limiting belief and change their perception. So they understand the value of their skills and experience and can see that they are the right person for the job.

Sue and I worked on her limiting beliefs and I helped her to see the value that she was bringing to her role.  When I met with her recently it was such a pleasure to hear her talk about her skills and capabilities in a confident way, she now knows her value and is ready to take on more.  One piece of evidence of how much she has transformed her personal situation really struck home. Sue commented, “When we started working together I was not sleeping well, I would wake up in the middle of the night and have to write stuff down that was in my head because I was worrying about work, this was happening 2-3 times a week! Now it is happening maybe once a month and I’m feeling a whole lot more productive.”

Are women their own worst enemies, when it comes to reaching senior leadership? Do women fear leadership, but they could channel this emotion into positive energy? Or does the conditioning of decision-makers override women’s capability and potential?  This is a HUGE question as there are many factors that influence whether women are appointed to top positions.

Many argue that centuries of male leadership has created biased expectations of effective leadership and that those making the decisions are biased (probably unconsciously) so do not select women.

I was interested in some research into STEM job offers, which discovered that a female applicant was perceived as less competent and was less likely to be offered a job. Plus if she was offered a job it was offered at about 13% lower salary than a man.  This is particularly interesting as scientists and engineers are trained to evaluate the facts and the two resumes were identical except for the name at the top – John or Jennifer.

The researchers thought that this bias was unconscious.  After participating in training on gender diversity, a survey of the scientists and engineers showed significantly reduced gender bias. So the good news is that we can change the conditioning.

Be proactive, raise your awareness and take responsibility for fair play

If we are all simply responding to our conditioning, what will you do to raise your own awareness of bias? Maybe you are a woman, who thinks she is not good enough, when you are! Or maybe you are a man, who unconsciously judges women and other minorities as inferior, when the evidence says they are not. What will you do change your thinking and help create an even playing field for all?

I would be interested to hear about your own experience in this, do you think women fear leadership? please post your comments and questions below.  If you want to discuss this topic or anything around leadership development, please contact Amanda.

Amanda has over 20 years’ experience in people development and has been specialising in leadership over the last 10 years.  If you are working on your leadership signature, please sign up for “The 4 keys to being an effective leader”. This free guide will help you to think through who you are as a leader and how you can be the example you want to see in the world.